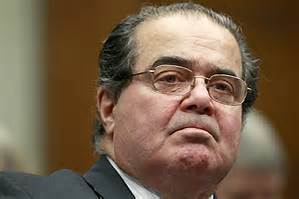 TEXAS- 79 year old U.S. Supreme Court Justice and Ronald Reagan appointee Antonin Scalia died early this morning at a Texas resort, apparently of natural causes. Justice Scalia was considered by many as the conservative voice of the court, and while his orientation toward original jurisdiction was at times controversial, his opinions were considered by all as brilliant legal prose. He is survived by his wife Maureen, nine children and many grandchildren.

If Justice Scalia was part of a five-Justice majority in a case – for example, the Friedrichs case, in which the Court was expected to limit mandatory union contributions – the Court is now divided four to four.  In those cases, there is no majority for a decision and the lower court’s ruling stands, as if the Supreme Court had never heard the case.  Because it is very unlikely that a replacement will be appointed this Term, we should expect to see a number of such cases in which the lower court’s decision is “affirmed by an equally divided Court”. The most immediate and important implications involve that union case.  A conservative ruling in that case is now unlikely to issue. There is also recent precedent for the Court to attempt to avoid issuing a number of equally divided rulings.  In Chief Justice Roberts’s first Term, the Court in similar circumstances decided a number of significant cases by instead issuing relatively unimportant, often procedural decisions.  It is unclear if the Justices will take the same approach in any of this Term’s major, closely divided cases.

Divided rulings where only eight justices are on the Supreme Court, (through an either open seat or a justice recusing her or himself) leave the lower court ruling in place and are reported as “affirmed by an equally divided Court”. The ruling of the lower court that found for CTA and against Rebecca Friedrichs et. al. will stand. It appears the 1977 Abood precedent will not be overturned.