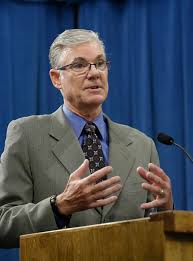 SACRAMENTO— State Superintendent of Public Instruction Tom Torlakson reiterated his strong commitment to student privacy today, calling it a top priority of his administration. “We have fought vigorously to protect students’ privacy rights and will continue that fight,” he said.

As part of that commitment and to comply with a court order, Torlakson reminded parents, guardians, and some former students over 18 that they can object to the release of personally identifiable information to plaintiffs in a court case, Morgan Hill Concerned Parents Association vs. California Department of Education.

Plaintiffs in the case have sought numerous documents and data stored in databases maintained by the California Department of Education (CDE). U.S. Federal Judge Kimberly Mueller has issued an order allowing parents, guardians, and former students over the age of 18 to object, but has required any objection to be submitted to the court by April 1.

The court order can be found here: Notice of Disclosure of Student Records.

A person can object by printing out, completing, and mailing to the court the “Objection to Disclosure of Student Information and Records Case No. 2:11-CV-03471” form at the CDE’s Web site at www.cde.ca.gov/morganhillcase.

Alternatively, a parent, guardian, or former student can write a confidential letter to the judge, including the name of the student on whose behalf the letter is written, the author’s name and relationship to the student, the student’s date of birth, county, school district, and school, and, if desired, the basis of your objection.

Letters or Objection forms should be mailed to the Honorable Kimberly J. Mueller c/o Clerk of the Court, U.S. District Court for the Eastern District of California, 501 I Street, Room 4-200, Sacramento, CA, 95814.

During the course of the lawsuit, the CDE has consistently fought requests by the plaintiffs to produce documents that contain the personally identifiable information of students and has produced documents with that information removed.

As just one example, last year CDE staff provided plaintiffs with all the information from a California Special Education Management Information System database (CASEMIS), which includes records of special education students and those being tested for special needs, but with personally identifiable information removed.

Despite that, however, plaintiffs continued to seek student information in this database with personally identifiable information.