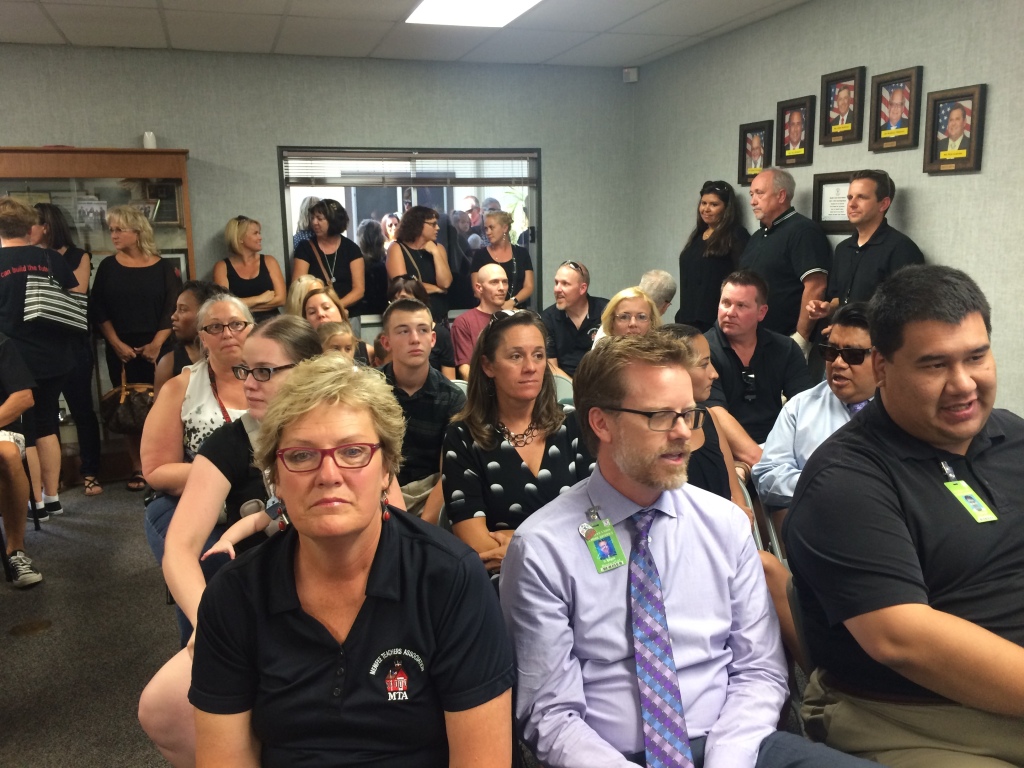 Menifee- In a show of unity with their negotiations team,  more than one hundred Menifee Teachers Association (MTA) members who represent 14 schools throughout the Menifee and Quail Valleys packed the Menifee Union School Board meeting to express their frustrations with the District over the  longstanding contract dispute with Menifee Union School District.

Competitive salary and benefits are the cornerstone to attracting and retaining the next generation of teachers for Menifee’s schools. With compensation among the lowest in the surrounding area, Menifee is not positioned to be competitive as the California Teacher Shortage intensifies.

MTA and the district’s negotiations team have reached tentative agreement on most language issues. However, salary remains a stumbling block. The district has offered less than half of what MTA believes would be a fair settlement to make progress toward equitable salaries and to keep their teachers in Menifee’s schools.