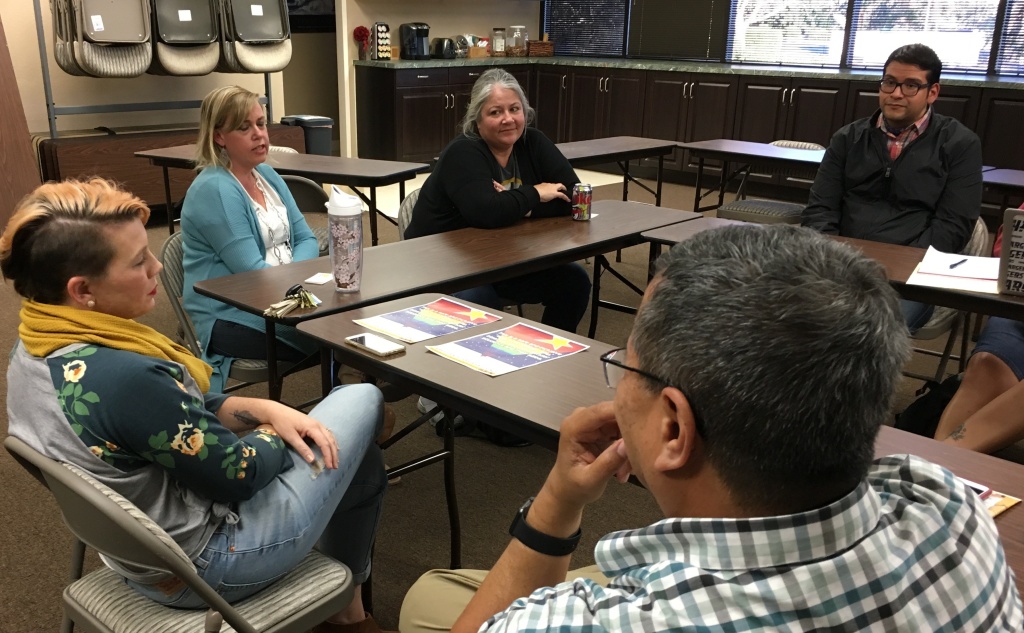 For Chaparral High School teacher Kelly Ortiz, these programs are not only lifelines to our LGBTQ youth, they are lifesavers. “My daughter was on the drive home with me from a suicide watch diagnosis several years ago when she came to out me, and I saw the agony of that weight lifted off of her.” It became immediately clear to Kelly that the burden of hiding her sexual identity had been overwhelming and emotionally unhealthy. As an educator, she knew she could help other students who are struggling with these same gender identity issues at her high school site.

GSA district lead advisor Sarah Cisneros organizes the meetings at their TVEA office, where they discuss new and ongoing issues of inclusivity and the importance of students having access to confident LGBTQ role models to help them feel safer and more supported. Challenges include educators building larger networks of campus allies and responding to uneven administrative understanding of the role of such programs, especially on middle and elementary school sites.

For Patti’s daughter, now a pre-med collegian activist, awareness and acceptance provided the key to her successful launch- and Temecula Valley Educators Association’s GSA is now looking for more rockets…