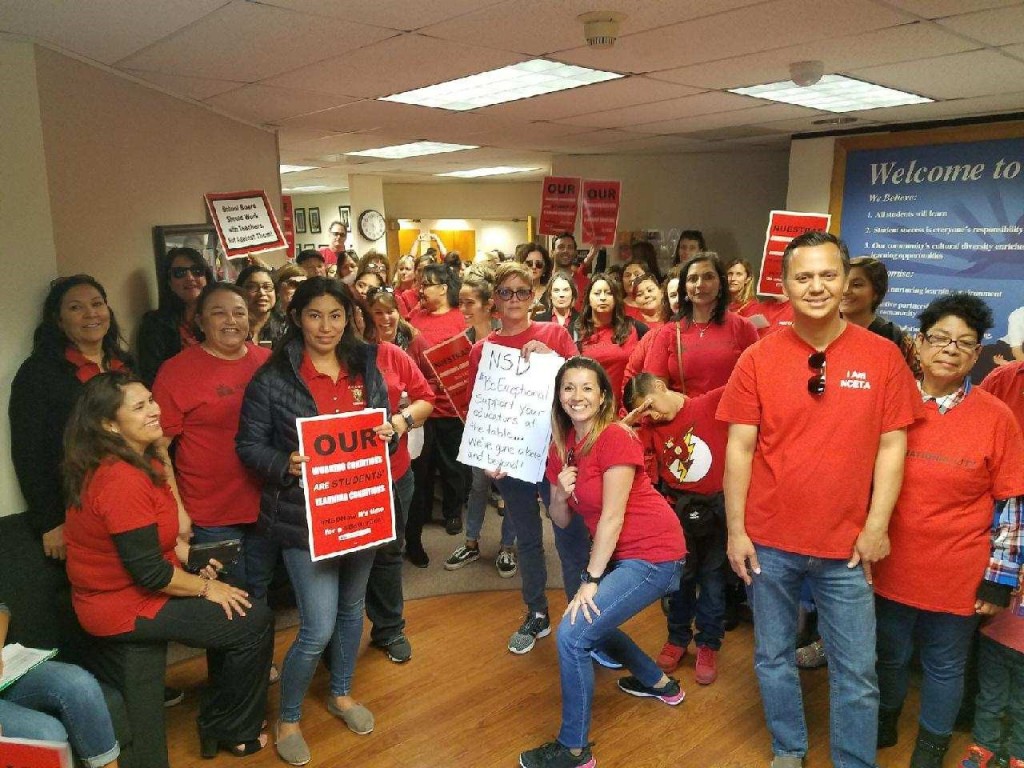 After months of contentious negotiations and little progress, National City Elementary Teachers Association (NCETA) hosted scores of members for a “Show Our Students The Money” rally before the Wednesday  National City School Board meeting.

Members are frustrated by negotiations that data proves should have concluded long ago. A five-year analysis of National School District’s (NSD’s) budget shows the reserve for economic uncertainty has grown to nearly twenty (20) percent. State law requires a three (3) percent reserve.

NCETA has received no explanation how a reserve nearly seven times the state requirement improves classrooms, teaching, or student outcomes.

The teachers and the district have been in state mediation for the 2017-2018 contract since December. Another mediation date is scheduled for April 24, 2018.

The parties recently began bargaining the 2018 contract and the district has again proposed a zero (0) percent wage increase for teachers.

“ The crisis in National City is a direct result of National School District’s refusal to spend millions of taxpayer-allocated dollars on our students and classrooms. The community deserves an explanation why these dollars are not reaching them. That is why we are asking the District to show our students the money.” 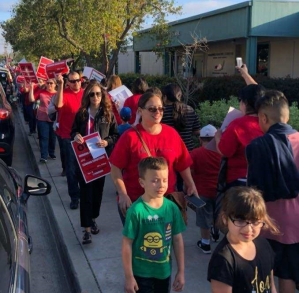 teacher Tamlyn Mckean sees the impact on teacher morale when trustees of National School District choose not to invest in our schools. “They have abdicated their responsibility to the community of National City by hoarding dollars that were intended to directly impact students. It is unconscionable that members of this Board routinely spend money on extravagant dinners at conferences while denying teachers the necessary tools to do their jobs.”

Benson concluded, “National School District should know that NCETA is fighting for students, parents, and quality education for our community. We aren’t going away.”