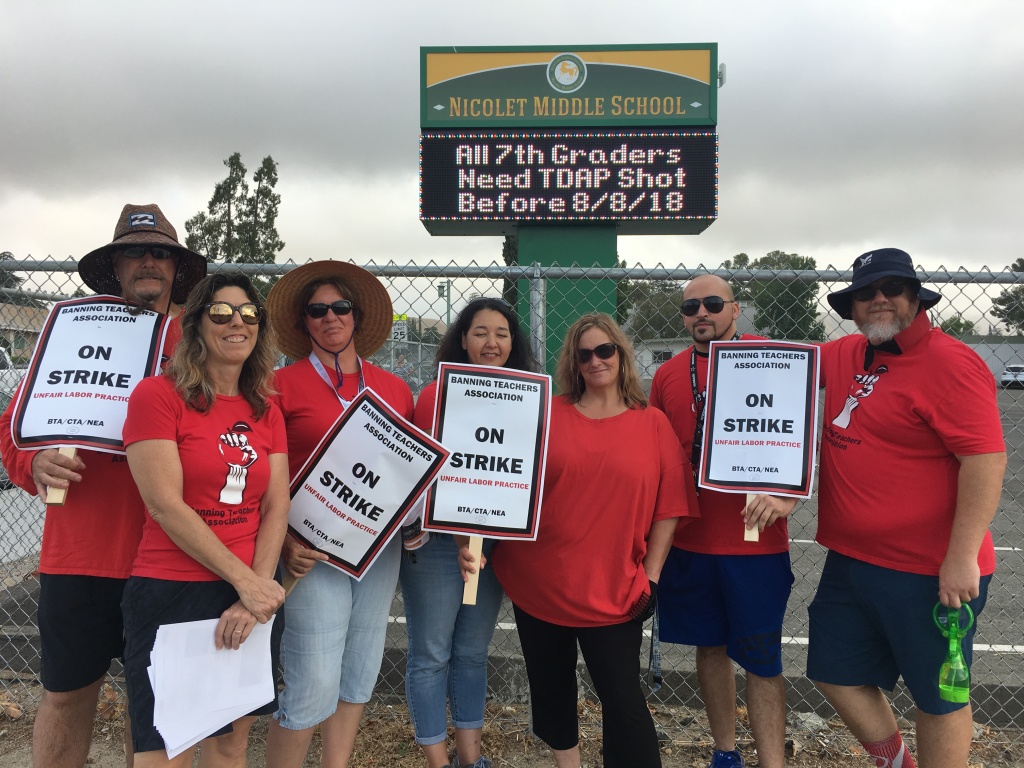 Members at each site communicated their displeasure with the leadership of Superintendent Guillen and called for an end to contract violations.

Support from the local Labor Council included water and Gatorade for Banning members who were picketing in temperatures as high as 100 degrees, was warmly accepted.

BTA member Pam Valencia was on the picket line today at Cabazon Elementary School and was pleased to see her eight colleagues supporting the union. “It was high energy and parents were very supportive of our strike.”  At her site, many parents listened to educator voices and decided to take their children home rather than subject them to uncertain conditions without fully credentialed teachers. 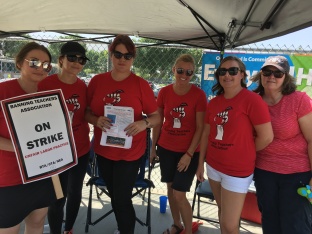 A requested meeting by district officials at 8:00 AM Thursday will include both bargaining teams. Chief negotiator Randy Robinson and his team will attempt to resolve the issue of the Unfair Labor Practice.