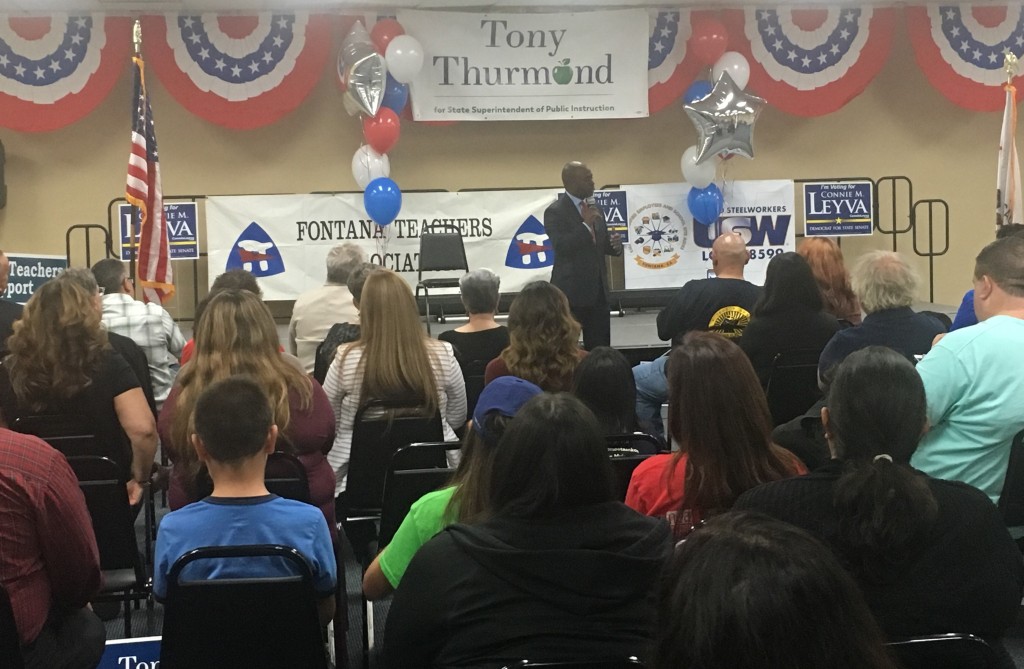 For the citizens of San Bernardino, Riverside, and Los Angeles, candidate for California Superintendent of Public Instruction Tony Thurmond’s town hall on public education in Fontana showed why voters are strong supporters of his candidacy. 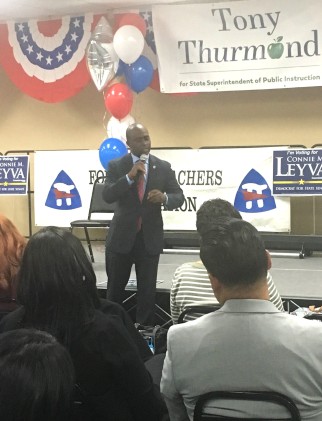 After a brief introduction, Thurmond took over an hour interacting with parents, educators, and laborers on topics ranging from universal preschool to eradicating the school to prison pipeline.

Questions were probing and insightful; Professor of Theater Arts Leslie Bryan from Cal State San Bernardino asked how the arts would be supported in schools and universities under his leadership. Thurmond responded, saying “Every student can succeed but not every student learns the same way, so programs like theater, art, vocational education, after-school sports, and ongoing school activities are vital for helping students find their own path to success. I will continue my fight for additional funding for our public institutions and programs.”

Special education parents in the audience shared their struggles with districts that attempt to shortchange their children and deny services. While he understands some districts have struggles and he committed to continue the fight for additional funding, Thurmond believes the law is clear and students’ Individualized Educational Plans (IEPs) must be followed.

When asked about the value of ethnic studies curriculum for students, Thurmond explained he had sponsored a bill to ensure its inclusion into the state frameworks but is still working toward making it law. 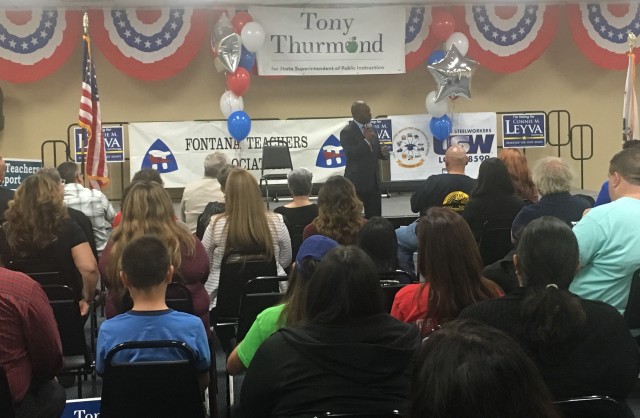 In his concluding remarks, Thurmond reminded supporters that this superintendent’s race is now the most expensive in U.S. History; “My opponent’s wealthy billionaire friends will spend as much as thirty-one million dollars to buy this office. But with your help, we’re going to show them it’s not for sale.”