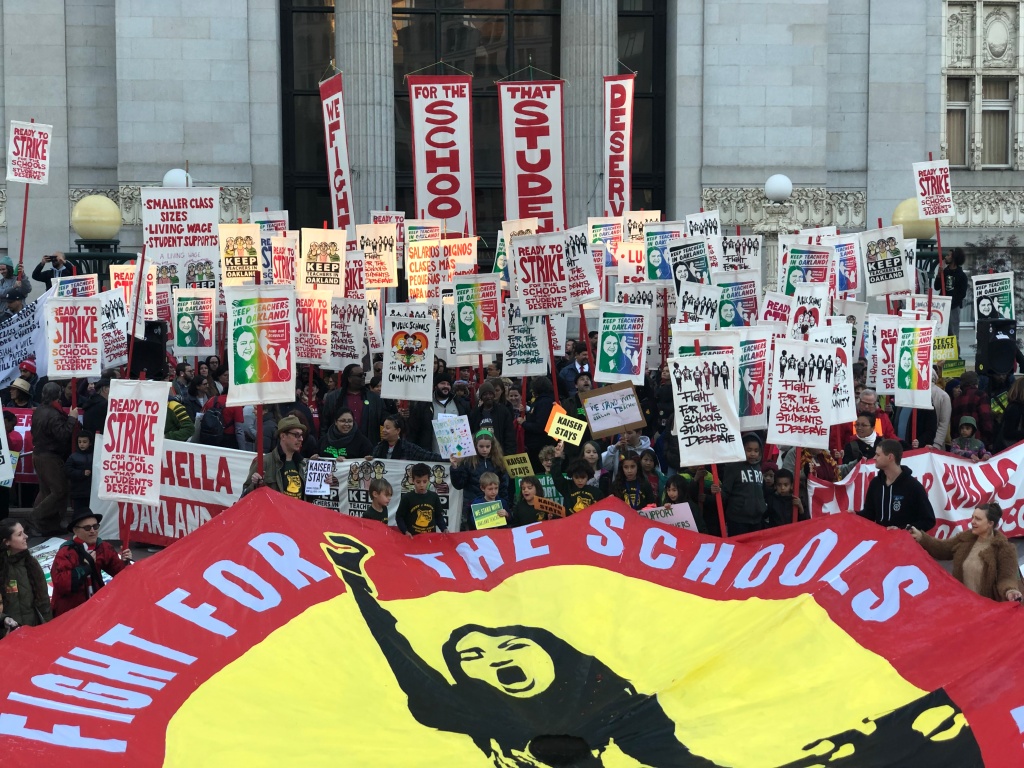 After Oakland Education Association (OEA) held a rally attended by thousands on February 5 on the steps of city hall, Oakland City Council members voted unanimously to support Oakland teachers and oppose additional school closures in a community impacted by charter privatization and gentrification. This support comes after OEA members voted by a 95% margin to authorize a teacher strike if negotiations fail.

In language that Oakland educators have used to describe their hopes for their students, the city council stated in part; “OUSD teachers deserve a competitive, living wage that will allow them to live in the city they work in, support their families, and retire with dignity.”

Oakland teachers are anticipating a sea of additional supporters in red shirts on February 15 when the state factfinder’s report will be released. On that day, educators throughout the nation will wear #RedForEd and rally to support Oakland teachers and bring focus to the need for more public education funding nationwide.

This strike is part of a wave of advocacy that has crystallized around public schools and a desire to take the education narrative back from billionaires and corporations. From its beginning in West Virginia, across the plains to Kansas and Oklahoma, west to Los Angeles and now Oakland, this education wave shows no sign of cresting.