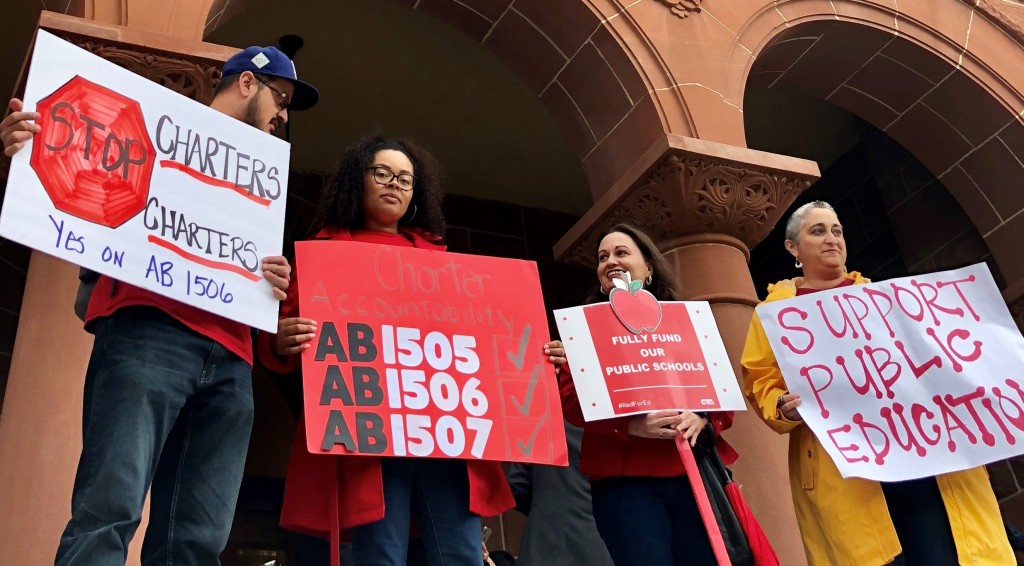 In the OC, scores of supporters rally for the schools all students deserve.

In blustery spring weather, parents, students, community advocates, and educators from throughout Orange County gathered at the Old Courthouse in Santa Ana to participate in a teacher-organized Red For Ed Rally and march. Actions by these advocates in concert with teachers across the country are meant to bring attention to the need for proper funding of public schools and to ensure proper accountability of charter schools throughout California.

Beginning in West Virginia in February of last year, the moral outrage generated by serving for years in chronically underfunded schools drove educators to a successful two-week statewide strike. That event brought attention and additional funding to the state’s public schools- and became an inspiration to educators frustrated by the erosion of the public school system in their own states. Like an early Santa Ana wind, what has swept across the country has blown into the heart of the OC in earnest.

Members from chapters throughout the county began their rally at the Old Courthouse with leaders, educators,and students speaking about the power of the nationwide #REDFORED movement, oversight of charter schools, and the need to fully fund education across the nation. That funding would allow educators and public schools to address the long-term impact of inadequate investment in our students-including the longstanding lack of counselors, nurses, and support servicesfor every school site.

Orange County teachers will continue to educate the community about the need for full education funding- and to ensure parents understand that charter schools limiting access has become an educational issue for all students.